Lucasfilm Ltd. and Twentieth Century Fox Home Entertainment announced today that fans will soon get to journey back through time and space with C-3PO, R2-D2 and the adorable and resourceful Ewoks as they set out on adventures of their own in three new DVD double features. Available on DVD for the first time ever on November 23, 2004, each DVD includes two feature-length titles, which include "THE HAUNTED VILLAGE," "TALES FROM THE ENDOR WOODS," "CARAVAN OF COURAGE," "THE BATTLE FOR ENDOR," "THE PIRATES AND THE PRINCE" and "TREASURE OF THE HIDDEN PLANET." Priced at just $14.98 SRP (U.S.) and $16.98 SRP (Canada) each, these double-feature DVDs offer an outstanding two-for-one value.

The "EWOKS" and "DROIDS" animated features recount the adventures of these enduringly popular "Star Wars" characters before they appeared in the classic feature films. "CARAVAN OF COURAGE" received an international theatrical release and was subsequently broadcast on U.S. television in 1984, followed by its sequel, "THE BATTLE FOR ENDOR," which aired in 1985.

"There has been considerable interest in these titles from the core fan base for some time, so we've packed these DVDs with two features each to offer even more than they ever hoped for," said Jim Ward, Vice President of Marketing and Distribution for Lucasfilm Ltd. "We're excited to bring these productions to DVD and introduce them to a new audience of young fans."

"STAR WARS ANIMATED ADVENTURES: EWOKS" -- Two animated Ewok features recount the years before the Battle of Endor. Here Wicket is a young Ewok struggling to achieve maturity in his community. This leads to a series of adventures with his friends: Princess Kneessa, heir to the chieftain, Latara, the aspiring musician, and Teebo, the animal empath. Together, they help the adults protect the village from their enemies like Morag the Tulga Witch and their rival species, the Duloks.

"STAR WARS ANIMATED ADVENTURES: DROIDS" -- Two animated Droid features recount the adventures of C-3PO and R2-D2 before they met Luke Skywalker as they serve various masters over the years. As it turns out, their lives were no less hectic as they became involved in battles against gangsters, pirates and the Empire.

"STAR WARS EWOK ADVENTURES: CARAVAN OF COURAGE/THE BATTLE FOR ENDOR" -- Two live-action features document the Towani family's adventures with the Ewoks. The Towani family are stranded on Endor after their shuttlecraft crashes on the forest moon. Separated after the crash, the children, Mace and Cindel, must gain the support and trust of the Ewoks in order to rescue their parents who have been captured by a giant monster, Gorax. The Ewoks and Towani children go on an adventure to rescue the captured family members. Upon return to the Ewok village, an army of foreign invaders attacks them. Cindel and an Ewok, Wicket, escape into the forest where they meet Teek and Noa, who, like Cindel, also crashed with his Starcruiser on Endor. Together they must defeat the marauders.

Lucasfilm Ltd. is one of the world's leading film and entertainment companies. Founded by George Lucas in 1971, it is a privately held, fully integrated entertainment company. In addition to its motion picture and television productions, the company's global businesses include Industrial Light & Magic and Skywalker Sound; LucasArts Entertainment; Lucas Licensing; and Lucas Online. Lucasfilm's feature films have won 19 Oscars and its television projects have won 12 Emmy Awards. 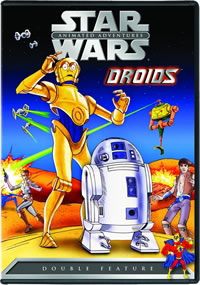 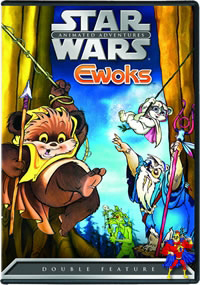